If you are one of the many Apple fans who just didn’t fancy owning one of the larger iPhones, such as the iPhone 6s, you are probably keeping hold of your iPhone 5 or earlier model. Rumours have abounded for some time that a new iPhone, the iPhone 7, was shortly to be announced, and fans of the smaller iPhones were hoping that it would be similar to the much-loved design of the iPhone 5. With Apple officially suspending the manufacture of the latest iPhone 5s, the good news is that they haven’t released an iPhone 7, they have released the iPhone SE. This new iPhone looks very similar to the iPhone 5s, has the same sized screen; four inches – in fact both iPhones use exactly the same display, and the casing is cosmetically very similar. However, the workings of the iPhone SE are much improved. 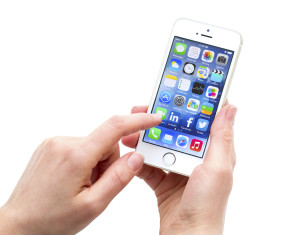 The appearance of the iPhone 5 was widely regarded as ahead of its time when it was originally unveiled – it has a blocky appearance and a smooth satin finish achieved by a bead-blasted aluminium casing which feels really nice to hold in the hand. Apple have very wisely decided to continue with these design features in the iPhone SE, which is exactly the same size as the 5s, but a whole one gram lighter.

So what has actually changed?

The capacity is another area that has been changed – the iPhone 5s came in 16GB, 32GB and 64GB versions, whereas the iPhone SE has 16GB and 64GB options only. 16GB to 64GB is quite a jump, and once again experts are questioning whether the 16GB version of iPhones shouldn’t be totally replaced by 32GB, but this is not the case at the moment.

Another visible change is that the iPhone SE is available in Rose Gold as well as the standard Silver, Gold and Space Grey of the 5s. The iPhone SE has a slightly larger battery than the 5s too, despite being identical in size. Apple Pay is also now supported on the SE, but the Touch ID sensor is the same first generation technology as the one on the 5s.

There has been an upgrade to the rear-facing camera, with the SE having a 12Mp version with a nifty new feature called ‘Live Photos’ (the camera can actually record and play back a bit of live action complete with sound of the few moments before and after you take a snap) while the 5s had an 8Mp camera. The front-facing camera however hasn’t changed because both versions use the same display.

So basically, if you’re in the market for a new iPhone and don’t relish carrying one of the larger models around with you, the iPhone SE could be just what you’re looking for.