According to recent research, over two-thirds of the UK population now own a smartphone, and they are taking over the role previously fulfilled by laptops and tablets – emails and surfing the net. We can’t be certain exactly how many of the smartphones are actually iPhones, but I recently read some figures which estimated that there may be about 12 million iPhones owners here. However, how many of the iPhones are actually used to make voice calls? Well, it appears that since 2013, when around 95% of smartphone users made at least one voice call a week, this has now dropped to 75% and is continuing to drop. On the face of it, it seems odd that one quarter of the people who own a smartphone don’t actually use it to make phone calls. 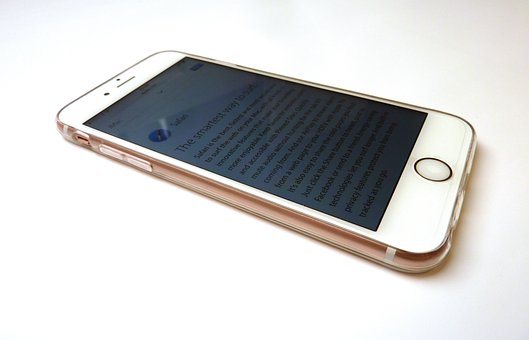 But is it really so odd? we’ve already mentioned that the smartphone is taking over from other more traditional means of accessing internet and emails, and the days when the phone was for calls and the computer was for everything else have certainly gone. A combination of readily available instant messaging apps, faster smartphones with bigger screens, better cameras and more memory, and wider coverage by high speed broadband  and Wi-Fi services mean that there are now many more ways to make contact than a voice call.

For example – you have a problem with a domestic appliance, and need a plumber or engineer. The traditional approach is to phone a suitable tradesperson, and have a conversation, describing the symptoms and any warning lights or fault codes. Nowadays, you can simply send a message including an image of the problem, and the person who receives it can work out exactly what’s wrong and take steps to get it fixed, without a voice call.

Another example – ordering a taxi or a takeaway. These are activities where smartphones have really come into their own. No need to phone up, wait to get connected if they’re busy, and once you get through, try to describe what you want to eat, where you are or where you want to go. It can be quicker and much more efficient to use one of the many apps available, to get your order in safe in the knowledge that the information will be complete, accurate and hopefully well-understood by the person who picks up your request.

In fact, reports say that the total time we are spending actually using our smartphones has increased threefold since 2012, with typical users spending an hour and a half each day engaged in non-voice call activities. The good news is that we haven’t totally stopped talking to each other – the total number of voice calls made over Wi-Fi networks did increase over the last year, and a large number of us still enjoy having a chat to a friend. The truth is that there are so many fun ways of keeping in touch, we’re sometimes spoiled for choice!